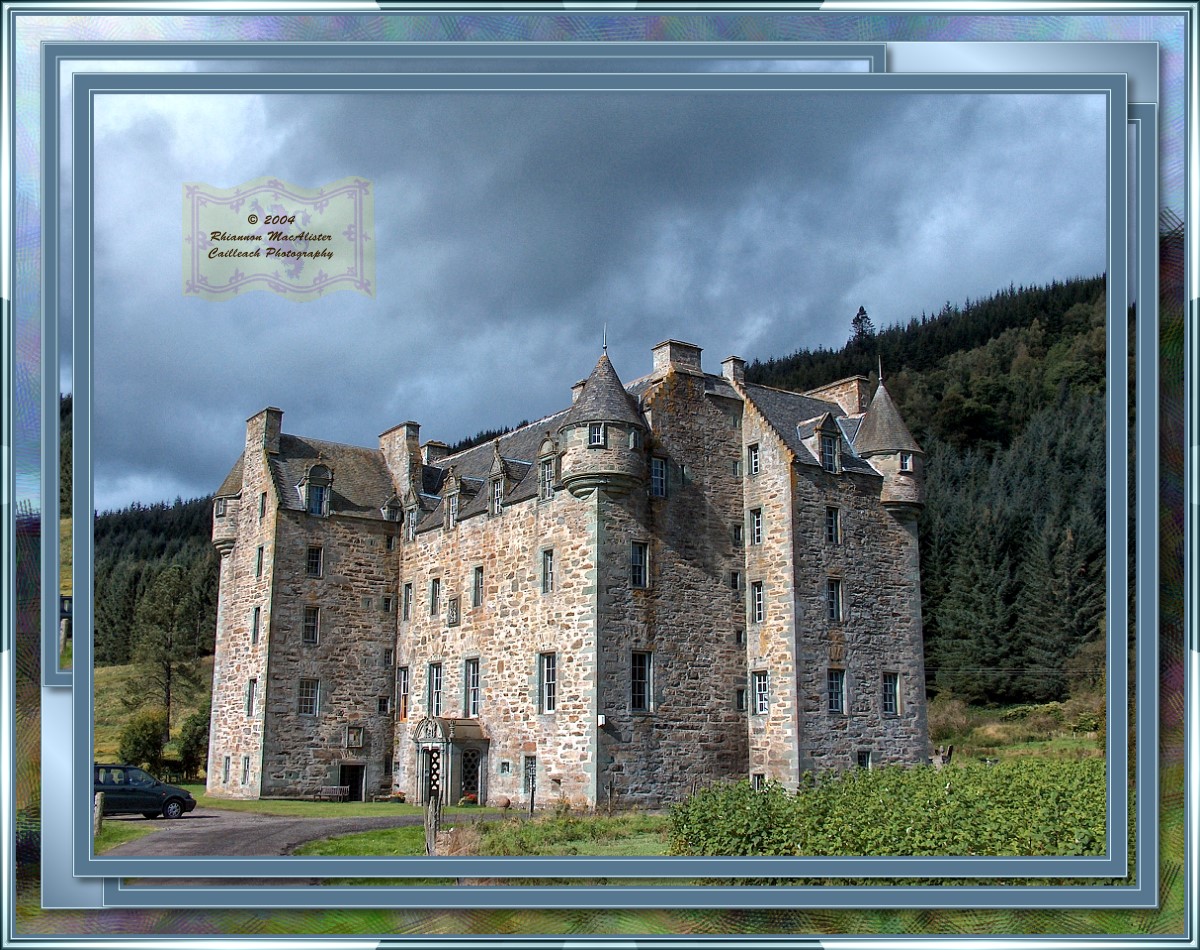 Castle Menzies in Scotland is the ancestral seat of the Clan Menzies. It is located a little to the west of the small village of Weem, near Aberfeldy in the Highlands of Perthshire, and was formerly known as Weem Castle.

The sixteenth-century castle, restored by the Menzies Clan Society, was the seat of the Chiefs of Clan Menzies for over 400 years. Strategically situated, it was involved in the turbulent history of the Highlands. Bonnie Prince Charlie, the Stuart Pretender to the throne, rested for two nights in the Castle on his way to the Battle of Culloden in 1746.